The Project On Government Oversight (POGO) is a nonpartisan independent watchdog that investigates and exposes government waste, corruption,and abuse of power. It champions reforms to achieve a more effective, ethical, and accountable federal government that safeguards constitutional principles.This grant will support POGO’s general operating functions which include its bipartisan Congressional Oversight Initiative. The Initiative educates congressional staff how to plan and carry out more effective oversight activities. POGO works not only to expose problems, but also to identify solutions and to see those reforms implemented.

Sep 28, 2021
$900,000
for general operating support
The Project on Government Oversight is a nonpartisan independent watchdog that investigates and exposes waste, corruption, abuse of power, and instances when the government fails to serve the public or silences those who report wrongdoing. It champions reforms to achieve a more effective, ethical, and accountable federal government that safeguards constitutional principles. The organization’s general operating functions include its bipartisan Congressional Oversight Initiative and work to improve oversight of executive agencies, the judiciary, and Congress. Improving oversight capacity of the legislative branch will help deter overreach by the executive.
All Grants to this Grantee
Jan 25, 2018
$150,000
for general operating support
The Project on Government Oversight is a long-standing general operating support grantee of the Madison Initiative. It works in a bipartisan manner on oversight and accountability within Congress and the executive branch. The merger of The Constitution Project into the Project on Government Oversight will create new opportunities, which this supplemental grant will help the organization address.
All Grants to this Grantee
Jul 7, 2018
$200,000
for support of the Truth in Public Comments project
The Program on Government Oversight (POGO) and Startup Policy Lab (SPL) will launch the Truth in Public Comment (TiPC) Project to examine possible cyber manipulation of public comment processes at three federal agencies.The inability to detect the use of bots and cyber-attacks threatens the public comment process and Congressional oversight of federal programs. Policymakers may reach inaccurate conclusions about public opinion or discount public comments because of uncertainty over authenticity of submissions; and, citizens may cease to participate in the rule-making process because of lost trust.TiPC develops tools to detect fraudulent comments more systematically, while still encouraging citizens to submit public comments.
All Grants to this Grantee 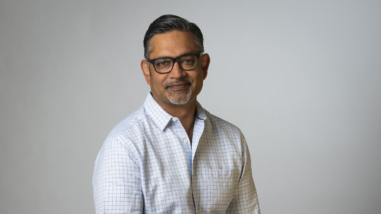