In their words: How Hewlett’s partners are driving inclusive, community-led conservation

Conserving nature for people and wildlife has been an integral part of the William and Flora Hewlett Foundation’s mission since our founding. We prioritize this work of our grantee partners because we know the importance of healthy rivers; sustainable working lands; and accessible, vibrant parks, monuments, and forests in building a bright future for our children and grandchildren.

In anticipation of the one-year anniversary of President Joe Biden’s America the Beautiful initiative and our national commitment to protect 30% of public lands and waters by the year 2030, we sat down with three grantee organizations from Hewlett’s Western Conservation grantmaking program to glean their counsel for the year ahead.

Though working toward different conservation goals with very different communities, these grantees shared remarkably consistent guidance for those working to advance inclusive, community-led conservation outcomes that can withstand political and social change.

The below lessons come from our conversation with:

Recommendation #1: Build authentic relationships and have honest conversations with allies.

I think the national movements that are happening have really helped a lot of people look at what they’ve done and what things could be better.

Ángel Peña: Conservation is a consequence of the cultivation of community. At Nuestra Tierra, we prioritize building authentic relationships, earning trust that can be leveraged to ask questions that demand productive discomfort.

Alannah Hurley: In my experience, I’ve seen quite a few different things happen when it comes to our people and our work to protect Bristol Bay, and working within a coalition that has reckoned with its own racism. I think the national movements that are happening have really helped a lot of people look at what they’ve done and what things could be better.

From our Indigenous experience and the coalition that we’ve worked with, helping those around us kind of decolonize their way of thinking was a big, big struggle. We’re fighting at every turn not to be tokenized and trying to be included in actual strategic discussions, as opposed to being brought in at the last minute to help carry out tactics and be tokenized … We’ve learned a lot from that and how to deal with it. I think having real, open, and honest conversations with your allies about what they’re doing … and why it needs to change [is critical]. It’s an ongoing thing for sure.

Recommendation #2: Practice listening instead of telling. Check your agenda.

Gary Burnett: Private lands are incredibly important for wildlife connectivity, climate resiliency, and ecosystem function. But with private landowners, there’s a strong feeling that they are not invited to conservation decisions. And if they are, it’s often an afterthought. When groups working on conservation get around to inviting landowners and rural communities to the table, it’s often to tell them what the problems are on private land or in their community. And then the groups dictate what should be done to benefit the public. The misstep is we should be inclusive at all stages in conservation planning and activities and listen and respect local knowledge. The solution is to ask landowners what they need to accommodate wildlife movement.

We should be inclusive at all stages in conservation planning and activities and listen and respect local knowledge.

Bray Beltrán: While I work on private land protection, I am now speaking as a person of color, and my perception on what happens in conservation with respect to minoritized communities. Conservation groups can bring somebody to the table, but if we’re not willing to share the decision-making power, then what’s the point of bringing them to the table? What this usually looks like is: “Hey everybody: look. We brought these marginalized people to the table.” Great, but did you ask them anything? The answer usually is no. “But, hey, they were there, isn’t that enough?” What’s the point of that?

I think the best ways conservation organizations can be allies boil down to sharing power and privilege. [And] how we come into a community. It’s not to say: “Oh, here’s the solution.” Instead, it should be: “Hey look these are our resources — financial, knowledge, relationships, and otherwise. And here is what we are good at. Is there a way we can use those resources and our skill set to be useful to you and your community?”

Alannah: Recognize that your idea of success may not be what the people who actually live there consider success. So please check your own agenda when you’re thinking about those things because it’s really, really hard for communities that are used to breadcrumbs to not want to figure out how to try and get that funding. They’ll see if they can make what they know is actual success look like your version of success, which is exhausting.

We’re operating from a place of values that we cannot sway in these political waves in the ways that you want us to, to either silence our voice or make it a little quieter … I get super frustrated with that pressure because it has a couple assumptions. It assumes we’re not strategic; we don’t know what people want to hear; and we need to get with the program. And it also assumes that we don’t know what’s best for ourselves and we’re not politically savvy enough to know. And if only we were politically astute or savvy, we would understand that this is how we should say things and frame things. And that is so infuriating at times. My recommendation is to listen and to recognize that a lot of the times we do not know what’s best for other people; they know what is best for them.

Recommendation #3: Keep people at the center of your conservation goals.

Bray: I think a problem comes … from that false dichotomy, of [advocates believing] the environment is out there where people are not, that the “environment” isn’t where people are. Western science is just catching up to what people of color have been trying to do at least since the environmental justice movement was created. Which is, people need to be at the center of conservation; Indigenous people always thought of it this way.

We’re working to improve the well-being of the communities around us, and the community should mean the people, the flora, and the fauna … I think that’s the promise of 30 by 30. We need to do that well because if we keep doing conservation to save 30% of the land for just the elk and the bear we will not be successful. As long as communities feel like they’re being left behind, we’re not going to be able to really make progress into providing a future where my children and your children are going to thrive and are going to be well. What we need to do through conservation is really to lift up society because our well-being, mental and physical, depends on our relationship with our surroundings.

We must lead by example and acknowledge the importance of culture, community, and tradition

Alannah: That’s the root of the problem, right? Seeing ourselves as something separate from nature. [Indigenous] communities are still living our traditional subsistence way of life, and when our environment — our lands and waters — are protected, our people and our cultures are protected. Our physical, cultural, and spiritual sustenance is so intertwined with the health of our environment that it’s really protecting our people at the same time. We can make sure some communities aren’t left behind [through] true tribal consultation in these processes and true partnership with tribes. It’s not just checking boxes.

Ángel: We must lead by example and acknowledge the importance of culture, community, and tradition. We must also acknowledge that initiatives like 30 by 30 don’t answer all the questions … but [help] us ask the appropriate [ones]. As I said, conservation is simply a consequence of community.

Comments from this conversation were edited for clarity and brevity. 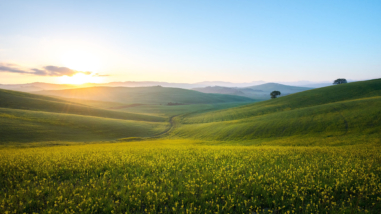