Women Deliver, the world’s largest conference on the health, rights and well-being of girls and women will take place in Copenhagen from May 16 to 19. It will bring together global leaders, policymakers, advocates, journalists and businesses to focus on how to achieve the UN Sustainable Development Goals, including ways to improve maternal, sexual and reproductive health given their important link to women’s economic empowerment.

Ruth Levine, director of the Hewlett Foundation’s Global Development and Population Program, will be there and told me she is hopeful participants will identify practical steps—and follow up with hard work—to build gender and data equality.

There’s a lot of talk about the gender gaps in pay and politics. You focus on a gender gap in data. What does that mean?

There’s a difference in the amount and quality of data about men and women that reflects—and reinforces—intrinsic biases.

For example, from demographic and health surveys in many countries, we know a lot about the health and fertility of women of childbearing age. We know where they get health services, whether they have iron deficiency, and even whether they had sex in the past two weeks.

But we know very little about what those same women do for a living, how much they earn, or how safe they feel in their homes and communities. In contrast, men’s employment and earnings tend to be counted more accurately, but there are few surveys that collect information about men’s health.

The gender data gap is about the difference in the information we have about men’s lives and women’s lives, in large part based on social values; and we have less and poorer quality information about women’s lives.

This isn’t a new topic, but it feels like there is a special moment right now. Why?

A lot of factors are converging, although I have to admit I don’t fully understand it myself, since many people have been working on this issue for a very long time.  I think there’s a data story and an economic policy story. Together, they add up to some very welcome progress. 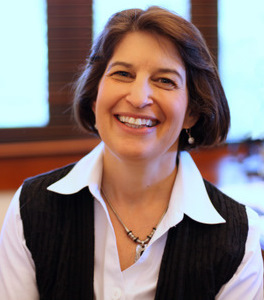 On the data side, there’s certainly a growing appreciation for the power of information to catalyze, inform and monitor progress.  You don’t have to look further than excitement about the potential of the “data revolution” – or the fact that data scientist has been heralded as one of today’s “sexiest” professions.  And there was a specific breakthrough in 2013 when the International Congress of Labor Statisticians adopted a new and far more inclusive way of measuring work in labor force surveys.

Data2X, a project at the UN Foundation established specifically to close the gender gap in data, has also helped move things along in a very practical way.  Data2X created an inventory showing where the most significant data gaps are, across areas as diverse as civil registration and vital statistics to gender-based violence.  So we have a baseline to see how fast we’re making progress. Data2X is taking that forward with important partnerships in six of these areas, building on commitments made by governments, UN agencies, multilateral institutions and private sector companies.  (The Hewlett Foundation is proud to fund Data2X, along with the Bill & Melinda Gates Foundation; during its first phase, I’ve also been co-chair of Data2X with the World Bank’s Caren Grown.)

Gender equality and the empowerment of women and girls is also fifth on the list of seventeen Sustainable Development Goals UN member nations agreed to last September. Tracking progress on all the goals demands more and better data on women and girls.

On the economic policy side, important work has been done by the World Bank and International Monetary Fund (IMF) as well as some leading academic economists to shine a light on the importance of female labor force participation in sustaining economic growth.  And global networks like WIEGO (Women in Informal Employment: Globalizing and Organizing) bring researchers, informal workers and advocates together to show where women work and how it should inform policymaking.  That’s really helped legitimize a focus on gender-specific employment issues, although the work is just beginning.

And you can’t underestimate the importance of powerful champions. IMF Chief Christine Lagarde wants her staff and others to help women reach their full economic potential to “help boost growth, prosperity and stability for the whole world.” Leaders at the United Nations and the World Bank are also making strong statements in support of women’s economic empowerment – and better measurement as a means to get there.  And Melinda Gates has brought a particularly welcome voice into the conversation.  I’m hoping to hear more from her on at the Women Deliver conference during her keynote presentation on May 17th.

Why should gender-specific information be part of economic analysis, labor statistics and policymaking?

The reality is that men and women are in different situations to start with. They often have different education levels and different economic assets, and they respond differently to policy interventions.

Let’s say a government decides it doesn’t want to be so dependent on oil, gas and mining revenues and wants to diversify its economy.  It’s going to make a lot of choices about tariffs and subsidies; maybe it will set up export processing zones for light manufacturing or invest in particular types of infrastructure to attract heavy industry.

If the decision-makers don’t have gender-specific information, or if the data they have excludes a large share of the population, then they’re not likely to make the best choices.  In fact, even if they don’t intend to reinforce existing gender differences in economic opportunities, policymakers using business-as-usual information are likely to do so simply because they’re working in the dark.

Using a “gender lens” to understand how labor markets work, or what households consume, is not yet a part of mainstream economic thought.  When I was in graduate school and asked a question in a labor economics course about why some jobs, like nursing, are “women’s jobs,” and others, like taxi driver, are “men’s jobs,” the professor told me I should get out of economics and instead join the sociology department! I stayed in economics, and ended up doing dissertation research on occupational segregation by gender. (That professor was not on my thesis committee and today I’m happy to see a growing number of feminist economists hard at work.)

I think – and hope – we’ve moved beyond that moment, but gender continues to be a blind spot in the kind of economic analysis that’s essential for labor, tax, pension and other kinds of fiscal policy.  And in the end that doesn’t just lead to policies that are bad for women, it leads to the wrong policies for everyone.

Progress depends on many things, but crucial among them is having quality data that would permit us to understand – not guess at and ignore – gender differences.

How might citizens in developing countries use this kind of data?

I think we can get a hint about that if we look at what’s contributed to progress in gender equality in some countries, including our own. For example, combatting gender-based wage discrimination and hiring bias requires being able to document it in a credible way, so civil society organizations can advocate like crazy to draw attention to the unfairness and the consequences for women and their families.

In developing countries, where the informal sector is so important and so poorly understood, there’s a particular opportunity to collect information about who is doing what. Once we know who are the street vendors, domestic workers, home-based workers and waste-pickers, among others, we can estimate what they contribute to the economy.  We’ve seen that sort of information empower members of workers’ organizations. They can see themselves not as marginal but truly as a part of the national economy, and with that knowledge they are better able to speak up for their rights.

What else needs to happen to close the gender data gap?

Progress will require hard work, not just bold statements. It will take real financial investments alongside policy change, political will and hard work. It will require patience and brainpower across the board.  For employment data, for instance, what needs to happen is that organizations that are responsible for large data collection efforts, such as the World Bank, the International Labor Organization and the Food and Agriculture Organization, need to agree on and try out ways to collect better and more comprehensive information.

Then national statistics offices that actually create the surveys and collect data need to make the necessary changes in the way they do business. There will be no quick wins, but this could be the foundation of new and more inclusive ways of understanding the world.