Jessica Mele is a Program Officer in Performing Arts at the William and Flora Hewlett Foundation. She manages a diverse portfolio of grants, with a particular focus on arts education advocacy and policy.

Previously, Jessica was executive director at Performing Arts Workshop, an arts education organization in San Francisco. During that time, she was also an active arts education advocate, serving on the executive committee of the Arts Provider’s Alliance of San Francisco, the steering committee of the Alameda Alliance for Arts Learning Leadership, and the national advisory council of Teaching Artist’s Guild. In addition, Jessica advocated with community-based organizations outside of the arts sector as part of the steering committee of the Family Budget Coalition in San Francisco, which was active in drafting legislation and re-authorizing the city’s Children’s Fund and Public Education Enrichment Fund in 2014.

Earlier in her career, Jessica managed the research projects of Marshall Ganz at Harvard’s Kennedy School of Government, and served as an organizer for the Harvard Union of Clerical and Technical Workers (AFSCME, AFL-CIO).

Jessica holds a bachelor’s degree in anthropology and French studies from Smith College and a master’s degree in education policy and management from the Harvard Graduate School of Education. In her spare time, she writes, directs and produces sketch comedy as part of Chardonnay, one of two in-house sketch groups at San Francisco’s Pianofight Theater Company. 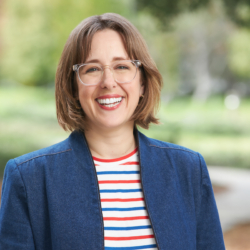 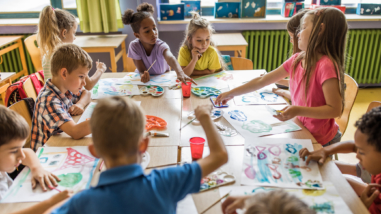 Performing Arts
The promise of arts advocacy
View All