The Sonoran Institute’s mission is to connect people and communities with the natural resources that nourish and sustain them. This work is intended to advance healthy western landscapes, vibrant communities, and resilient economies.

Mar 17, 2014
$195,000
for the Arizona Renewable Energy and Land Conservation Project
Arizona’s Sonoran Desert is one of the West’s most diverse environments in terms of plant and animal species. This renewal grant would support the Institute’s efforts to secure policies that will better protect public land and promote the development of carefully sited renewable energy projects. The Institute would use funds from the grant to educate federal and state policy makers and engage a broad array of constituencies.
All Grants to this Grantee
Mar 22, 2011
$134,000
for the Western Renewable Energy Project
Arizona has some of the world's most promising solar potential, and state leaders hope to make it a pioneer in advancing global solar technology. The state mandates that investor-owned public utilities procure at least 15 percent of their energy from renewable resources by 2025, and the state's proximity to California makes its renewable potential attractive to southern California utilities that must meet even more aggressive renewable energy targets. In addition, the state's two largest utilities, Arizona Public Service Company and Salt River Project, have major ownership interests in aging coal plants that are candidates for retirement in the next five years. However, Arizona's Sonora Desert is a world treasure, and its unique ecosystem would be harmed if solar development is not sited appropriately. This second-year grant to the Sonoran Institute is aimed at encouraging more rapid solar development, while ensuring habitat protection. Funds from this grant would also be used to develop renewable power alternatives to coal power currently fueling the Central Arizona Project, a federally-owned irrigation system.
All Grants to this Grantee
Mar 21, 2012
$170,000
for the Arizona Renewable Energy and Land Conservation Project
Arizona has some of the world’s most promising solar potential. The state also contains one of the West’s most unique ecosystems, the Sonoran Desert, where most of the solar energy potential is found. This proposal would fund the Sonoran Institute’s work to bring together representatives of the solar industry and conservationists in an effort to identify the solar energy development sites in the Sonoran Desert with the least environmental impacts. The proposal would also fund the Sonoran Institute’s work to gain broad and diverse support for the permanent protection of ecologically important desert lands.
All Grants to this Grantee 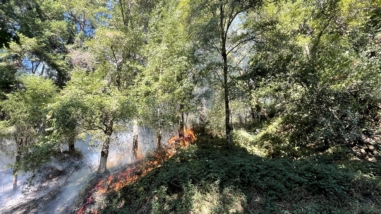