Apr 15, 2002
$400,000
for the Globalization, Development and Standards project
All Grants to this Grantee
Apr 30, 2001
$5,500,000
for the OpenCourseWare@MIT project
All Grants to this Grantee
Sep 29, 2020
$500,000
for a project to expand J-PAL’s existing efforts in East and West Africa
The Abdul Latif Jameel Poverty Action Lab (J-PAL)) at the Massachusetts Institute of Technology was founded on the belief that anti-poverty programs can be made more effective - thus creating positive change in the lives of the poor - if policymakers have access to rigorous scientific evidence on what works and the capacities to apply it. This grant will support J-PAL's efforts to deepen its work in East and West Africa. Specifically, J-PAL plans to (a) build partnerships with select African governments, multilateral donors, research centers, and universities; (b) expand collaborations between East and West African scholars and J-PAL's research affiliates; and (c) support major development actors in Africa to incorporate evidence into the design of large programs. (Strategy: Evidence-Informed Policymaking)
All Grants to this Grantee 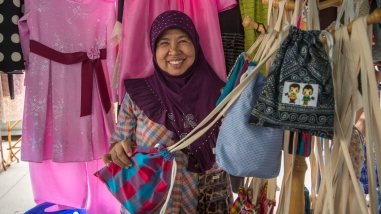 Global Development and Population
Building partnerships based on trust: Q&A with ARC and CEGSS