Oct 15, 2001
$1,000,000
for GuideStar, a nonprofit information service
All Grants to this Grantee
Nov 20, 2017
$110,000
for understanding the connection between nonprofit organizations and their intended beneficiaries
All Grants to this Grantee
Mar 16, 2015
$800,000
for general operating support
GuideStar serves as a hub of information about U.S. nonprofits, collecting information from multiple sources (primarily IRS Form 990 tax returns filed by nonprofits) and distributing it through multiple channels. GuideStar’s new strategic plan includes an array of innovations and pilot projects to develop new lines of work that could increase impact and diversify revenue streams. This is critical as 990 data will soon be freely distributed in digital form, which will impact GuideStar’s current revenue model. GuideStar was an anchor grantee of the Philanthropy Program’s Nonprofit Marketplace Initiative. We announced in March 2014 that we would be responsibly winding down that Initiative. This is the final grant in that process.
All Grants to this Grantee 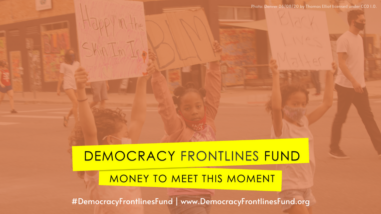