Nov 12, 2012
$460,000
for Carnegie Units update
The Carnegie Unit was developed in 1906 to define the minimum number of hours required for high school courses. Since its wide adoption, it has served as the standard for measuring student progress toward high school graduation and through college. The Carnegie Foundation (owner of the Carnegie Unit) proposes to revisit the standard to study the feasibility and appropriateness of creating a "Carnegie 2.0" that measures student learning with a competency metric rather than time. The study would examine new and developing measures, identify criteria for a redesigned Carnegie Unit, and create an outreach plan to build support for what might be considered a revolutionary change. The work would include establishing an advisory group of experts to inform research and build a network of interested parties, culminating in a published report with recommendations for next steps.
All Grants to this Grantee
Nov 15, 2011
$550,000
for a regional pilot of the Statway Network Improvement Community
The Carnegie Foundation for the Advancement of Teaching (CFAT) seeks to expand Statway—a remedial math program focused on statistics, data analysis, and quantitative reasoning—to the Bay Area. This one-year pathway culminating in college-level statistics is structured to serve students planning to transfer to four-year institutions and continue further studies in humanities or social sciences. Working with faculty from its national network of colleges and universities, CFAT will train and support large numbers of faculty to reliably enact Statway. By the end of the grant term, CFAT will have developed a regional Bay Area network of six community colleges and state universities where Statway will be institutionalized. This faculty network will be poised to move the program to full scale within their respective institutions and to support its expansion statewide in California.
All Grants to this Grantee
Oct 25, 2004
$1,200,000
for sub-grants to nine to twelve California community colleges that will conduct demonstration programs focused on improving instruction in pre-collegiate mathematics and English courses
All Grants to this Grantee 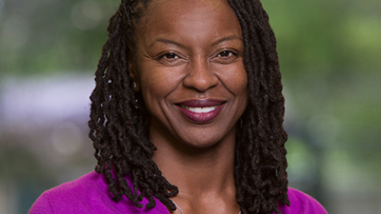