By Amy Kapczynski, Professor of Law at Yale Law School & Faculty Co-Director of the Law and Political Economy Project
October 29, 2021

More than 3 million people around the world have died since the authorization of the first COVID-19 vaccine in the U.S. Disparities in access to vaccines are stark, with only 0.5% of all vaccine doses delivered in low-income countries. This moral and public health disaster also puts us all at risk. Uncontrolled spread of COVID-19 increases the likelihood of new viral variants that escape the protection of current vaccines.

If we are to vaccinate 70% of the world in the next nine months, as health experts suggest we should, we will need not just donations, but an urgent investment in new manufacturing capacity. But companies like Pfizer and Moderna, who make our best tools against COVID-19, have been unwilling to invest in that capacity or to share the knowledge of how to make vaccines with others.

It’s a stark example of the role of private power over public health and welfare today, and it is sustained by a legal order and ideas about the proper use of law that are deeply shaped by the last several decades of neoliberal thought.

To take one example: Since the 1980s, intellectual property rights grew stronger and longer, giving companies more authority over patents and trade secrets under both national and international law. The shift was not only in law but in the reigning presumptions about how law should be used: governments became more deferential to industry, operating according to a neoliberal script where the role of the state was to construct private market entitlements and then get out of the way. The U.S. government has legal rights to press companies to collaborate that stem from its billions of dollars of funding of vaccines and the Defense Production Act, but so far has hesitated to use them. Unsurprisingly, those who bear the consequences are disproportionately living in poverty and are people of color.

And laws themselves have changed too during the neoliberal era, and not only in these “private law” areas. Constitutional law underwent seismic shifts, as ideals of market neutrality helped authorize decisions deregulating campaign finance, undercutting unions, and undermining anti-discrimination and socioeconomic regulation more generally. These developments didn’t happen by accident. They were the powerful effect of the rise of the conservative legal movement in the 1980s and 1990s, and the school of “law and economics” that emerged to translate neoclassical economic ideas into law and policy conversations. Institutions like the Manne Law and Economics Center, the Federalist Society, and the Volker Fund helped nurture these ideas in the academy, and create transmission lines to practice, like the now-infamous “Pareto in the Pines” summer camp for federal judges.

Today, a growing group of legal scholars is emerging to challenge the dominance of neoliberal paradigms in law schools and other legal and policy institutions under the umbrella of the “law and political economy” movement. Most people go to law school thinking that it is a place to learn about justice. But key courses in the first year, like contracts, torts, and even civil procedure, instead commonly teach that the law exists to serve the value of efficiency. Courses like constitutional law, criminal law, and anti-discrimination law have also been influenced by the neoliberal turn—here, power and justice are still debated, but the terms of discussion are often delimited by ideas and doctrines that naturalize the market and empower corporate actors. Many constitutional rights today are subordinated to private power (so, the First Amendment is used to strike down campaign finance laws), and there are deep, structural aspects of our Constitution that make public, democratic power hard to exercise (think the filibuster). Law and political economy scholars and the Law and Political Economy (LPE) Project are focused on challenging these developments in law schools and legal thought. LPE scholars also aim to shape law and policy, to build public and democratic power, challenge private power, and develop proposals and theories about how we can democratize the economy and realize a deeper form of democracy, particularly for those most marginalized.

The LPE Project has its origins in student and faculty collaborations at Yale Law School but has since grown rapidly. Hundreds of scholars have participated in our events and written for our blog, student LPE groups have popped up at more than 15 law schools, and there is growing interest abroad. Our work is helping to shift the conventional wisdom, developing new ways to theorize and shape a wide range of legal areas, from antitrust and labor law to criminal and constitutional law. My own work focuses on health—for example, illuminating the legal powers that the U.S. government has, but currently does not use, to ensure fair drug pricing and more access to vaccines, and developing “supply-side” accounts of innovation that attend to the state’s formative role in innovation, including of COVID-19 vaccines.

Our theory of change at the LPE Project involves shifting the basic presumptions, questions, and problems that legal scholars and policymakers bring to debates about the scholarship, development, and application of the law. The LPE Project serves as a platform for developing the law and political economy approach, to help deepen its utility in legal education and scholarship and build connections among the scholars, students, advocates, and policymakers challenging neoliberalism’s grip on the law in this country. We also aim to support catalytic policy ideas that grow public power and democratize our economy. Through initiatives like law school courses in law and political economy, and our online summer academy on “Anti-Monopoly and Regulated Industries” for scholars, students, and policymakers, we teach about emerging law and political economy approaches and help to build connections between participants so the movement can continue to grow. We also run events, like our online conference, “Democracy Beyond Neoliberalism,”  this “intense” recent panel on COVID-19 vaccines, this discussion of a recent Supreme Court case on takings law, and have events coming up (like this one on the right-wing attack on critical race theory, and this one on “care as infrastructure”).

The work we’re leading at the LPE Project is diverse precisely because neoliberalism’s tenets are so pervasive in the law and in our society. We are challenging the status quo that allows private power to take priority over fighting unprecedented crises in areas such as public health and climate. There is still much work to do if we want the law to allow us to take better care of one another and our planet. 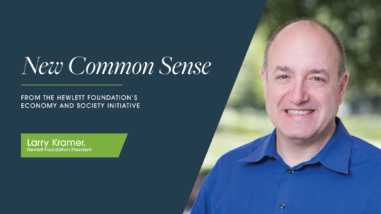