A guaranteed income. Monthly, no strings attached cash simply because every person has value and dignity in our society.

It’s hard to imagine anything further from the dominant neoliberal paradigm of the last four decades.

But starting July 15, this idea became the new reality for 90% of America’s families as monthly advance payments of the Child Tax Credit (CTC) began to flow.

In one of the most life-changing provisions, the American Rescue Plan expands eligibility for the Child Tax Credit and now allows eligible parents to claim up to $3,600 per child. A single mother of two young children, scraping by on less than $10 a day, could see her income triple thanks to this historic change. The CTC is a daily miracle for that family, and in the aggregate, it is helping to cut child poverty by more than half. It’s proving that poverty is a policy choice.

But the CTC expansion is only guaranteed for the 2021 tax year, and its direct monthly payments are only planned through December. The CTC also excludes many of the families who would benefit most, including immigrant taxpayers who file using an Individual Taxpayer Identification Number, and nonfilers—people who have made too little to be required to file taxes. The threshold was $12,400 in 2020.

Even with these limits in the current policy, the expansion of the CTC and the income floor it provides are emblematic of today’s moment of opportunity. We have the chance to define a new economic common sense, but hard-fought progress is fragile. It could easily be undone if short-term changes are not made permanent.

My organization, Community Change, saw the potential of a refundable Child Tax Credit over 20 years ago. Along with national allies like the Children’s Defense Fund and a coalition of grassroots partners at the center of our National Campaign for Jobs and Income Support, we won a partially refundable CTC in 2001, delivering the most generous anti-poverty package in a decade.

Over the past six months, Community Change has driven a two-prong strategy to make sure the CTC expansion has the greatest possible impact and the greatest possible potential to be made permanent. With our grassroots partners, we began an “organizing lab,” raising awareness among people who have not filed taxes, learning from their experiences, and bringing them into civic life through community organizing. Rooted in what we heard from our partners, Community Change moved the Biden administration to make payments in automatic monthly installments and to create a mobile-friendly, bilingual portal for nonfilers to access their benefits.

The difference between what we achieved back in 2001 versus today demonstrates the seachange in economic debate that is taking place. This shift is a function of the growing influence and unique role that social movements have played in championing alternatives to market fundamentalism.

In the past decade, movements like Occupy Wall Street put economic inequality on the agenda in a way that politicians couldn’t ignore. Then, the Fight for $15 demanded a practical application of that agenda, changing the economic consensus on the effects of wage increases on unemployment. Movements like these challenged neoliberal assumptions that don’t hold up to scrutiny. And they pointed the way to a new political and economic paradigm rooted in care, solidarity, and freedom.

These movements put forward the radical idea of workers as more than economic beings—striving to make us see each person’s humanity and dignity. They shifted the tectonic plates underlying economic policy and, in so doing, they laid the groundwork for the earthquake in our political economy that we’re all feeling today.

But this moment could pass. Familiar calls for “responsible” spending and outsized fears of inflation have already begun. This could be the year we showed how to end poverty but chose not to.

More work must be done to cement the shift away from the old, outdated paradigm of neoliberalism and erect a new framework in its place. The structure of our tax policy is the most direct and least investigated lever for social change that we have, and over the coming months, Congress can and should set us more firmly on a path toward a new relationship between government and the people who make up our economy. The Child Tax Credit is just one example of the ways we can realign our tax policy with our values so that everyone has the freedom to thrive. 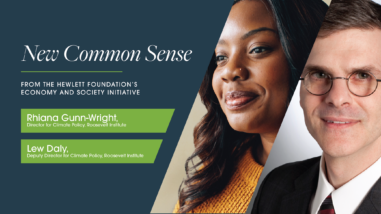 Economy and Society
Racial justice, neoliberalism, and the climate crisis 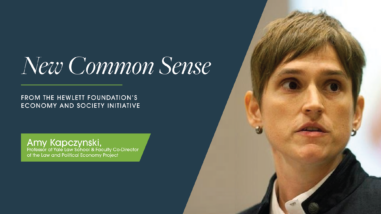 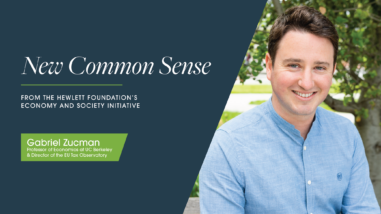