Whitney Clark is the IT Operations Coordinator at the William and Flora Hewlett Foundation. She provides administrative support for IT projects, helps the team organize and improve documentation, manages vendor contracts, and assists with inventory and purchasing.

Prior to joining the foundation, Whitney worked for Google Express via Adecco as the implementation team supervisor and rollout project lead. Previously, she founded her own technology media startup and worked as an operations coordinator and executive assistant for a large media group in southern California.

Whitney earned her bachelor’s degree in political science and rhetoric of public discourse from the University of California, Berkeley, where she was awarded the Travers Fellowship in Ethics and Politics and the Daughters of the American Revolution Scholarship. In her free time, Whitney enjoys hiking and brightening people’s days at local hospitals and retirement homes with her certified therapy dog. 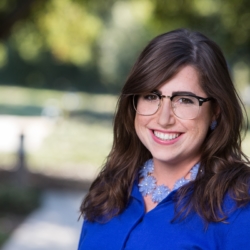