Jaime Cortez is a Program Officer in Performing Arts at the William and Flora Hewlett Foundation. He manages a diverse portfolio of performing arts grants.

Jaime has worked for over twenty years in the Bay Area arts ecosystem as an arts educator, artist, and in nonprofit arts management and consulting. He is experienced with arts grantmaking and philanthropy. He brings to the team a valuable perspective on the best ways to sustain artistic expression and encourage public engagement in the arts.

Jaime has worked as a consultant and project team member for regional and statewide arts organizations, including the Yerba Buena Center for the Arts, the Center for Cultural Innovation, the Oakland Museum of California, and the Creative Work Fund, a program of The Walter and Elise Haas Fund. Many of his stories, essays, and texts have been included in exhibitions, catalogs, and books.

Earlier in his career, Jaime was a program manager at Galería de la Raza in San Francisco. He also held positions as an art instructor at UC Berkeley, a writer and editor for AIDS Project Los Angeles, and as an artist in residence at the California Institute of Integral Studies. As an artist, Jaime has been in both group and solo exhibitions featuring his drawings, sculpture, and photography. As a writer, he has published short stories and essays in numerous anthologies and journals. Jaime wrote and illustrated a graphic novel, “Sexile,” and he is currently working on a feature film about the Clarion Alley Mural Project in San Francisco’s Mission District.

Jaime holds a bachelor’s degree in communications from the University of Pennsylvania and a master’s degree in fine arts from UC Berkeley. 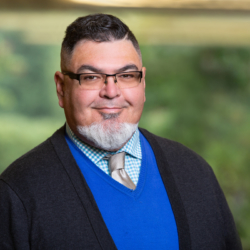