Brian Kettenring is Director of the Economy and Society Initiative at the William and Flora Hewlett Foundation. He leads a five-year, $50 million grantmaking effort that aims to foster a new “common sense” about how the economy works, the aims it should serve, and how it should be structured to meet the biggest challenges our society faces.

Previously, he worked as a community organizer for more than 25 years, most recently as Co-Executive Director of the Center for Popular Democracy, where he helped lead the organization’s work building grassroots support for a resilient and just economy. Earlier in his career, he worked as an organizer with several organizations, working on issues of economic justice, education, civic engagement, and democracy.

In 2019, Brian co-founded a journal and community called The Forge: Organizing Strategy and Practice. He holds a bachelor’s degree in African and European intellectual history from Carleton College, and is currently pursuing a master’s degree in history at the University of Massachusetts at Boston, focusing on the relationship between social movements and worldview change. He lives in Alameda, California with his wife and their three children. 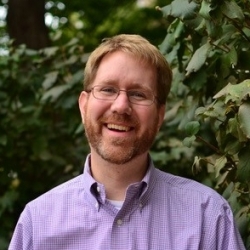 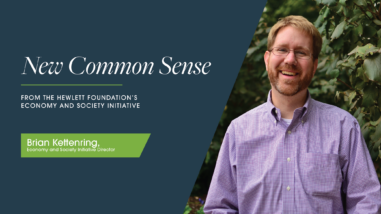 Economy and Society
A burgeoning new economy movement in Europe 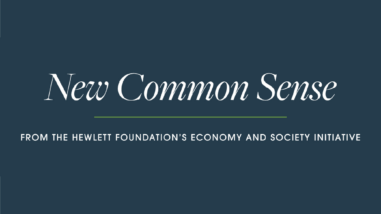