Judy Parkman, a senior human resources professional with more than two decades of experience in philanthropy and the private sector, has been named as new director of human resources of the William and Flora Hewlett Foundation, the foundation said today. She will start her new role on April 15. 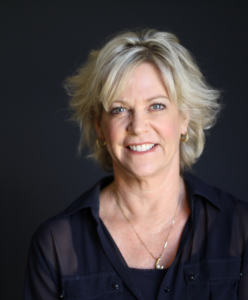 Parkman comes to Hewlett after leading human resources at the Skoll Foundation for nearly a decade. At Skoll, she played a key role in building organizational culture, and served as a key adviser to the president. Her prior experience includes considerable expertise in the private sector, including more than a decade at Hewlett Packard.

“We’re excited to have Judy join us at Hewlett,” said foundation President Larry Kramer. “She brings a wealth of human resources experience, and is committed to ensuring that the healthy and collaborative workplace culture that we have worked hard to create is sustained.”

“I am thrilled to join the Hewlett Foundation and to support its evolved approach to grantmaking in critically important issue areas,” Parkman said. “There are many things I admire about the Hewlett Foundation, including its unwavering commitment to its guiding principles and the value it places on diversity, equity, and inclusion. It will be an honor to be a part of such an exceptional team and organization.”

Parkman succeeds Jean McCall, who announced her retirement last year after serving as the foundation’s director of human resources since 2005.