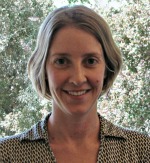 “Foundations” is an occasional series of informal
question-and-answer sessions with employees and others affiliated with
The William and Flora Hewlett Foundation to give them an opportunity to
explain their work. Kristi Kimball, who reached the end of her term as
an officer in the Foundation’s Education Program on December 31, 2011,
managed a wide range of grants designed to improve educational policy in
California. Before joining the Foundation, she served in the U.S.
Department of Education during the Clinton administration, in the
Education Policy Center at the Urban Institute, and in the Education
Office of the U.S. Senate Health, Education, Labor and Pensions
Committee. Ms. Kimball holds a B.A. from Dartmouth College and an M.P.A.
from the Woodrow Wilson School at Princeton University.

When you arrived at the Foundation eight years ago, what did you think it would be like to be a grantmaker, and how did your experience differ?

I really didn’t come in with many preconceived notions about being a grantmaker. I’d been on the other side of the equation as a grantee and a grant seeker. When you’re outside a foundation, it looks like a big black box. I did have the impression that everything is based on relationships and that you need to get enough time with your funder to assure a flow of dollars. I think a lot of grantees still believe that. All you know is that successfully capturing your program officer’s attention can lead to funding. If I went back to work for a nonprofit organization now, I’d have a much better idea of how to interact with a foundation. Fundamentally, you need to understand the strategy of the program you’re hoping to work with.

What advice would you give to a new program officer?

All funders need to keep a few key ideas in the forefront of their work. With all that there is to do, it can be hard to stay focused on them. The first: be “evidence-based”; look at data about how your investments in various nonprofits are panning out. And the second: be open to revising your thinking; be willing to make adjustments if your investments are not advancing your goals as they should be. It’s easy to become attached to your own ideas about what’s supposed to work, so you need to be open to allowing your thinking to evolve as the facts suggest.

Are there ways to make sure that really happens?

Moving toward continuous improvement is a key idea for anyone involved in making grants. At the Hewlett Foundation, we have a real moment of openness when we formulate a grantmaking strategy. But once a strategy has been created, it’s easy to go into a focused mode and say, “Here’s what we’re doing; here’s the approach; let’s just execute now.” But it’s crucial to be open to learning after that.

How do you maintain openness to learning, adjustment, and improvement throughout the process of carrying out a strategy?

Very broadly speaking, a program officer’s job has two main elements. One is figuring out what the new investments will be, and the second part is monitoring, evaluating, and supporting current grantees. I think that, by virtue of the schedule we had for making new grants, the process of designing new grants always got the most attention. One way to redress that imbalance might be to set aside time during the course of a year when evaluating current grantees would be our only work, although that approach would have its drawbacks as well.

Are there other ways you’d like to see philanthropic practices evolve?

The Hewlett Foundation already has been a leader in championing transparency as a value, but I think even more can be done. Our grantees would only be helped if our default position were to be transparent about as much as possible. What foundations currently do is publish a big report every few years about the lessons learned from some grantmaking project that was not as successful as had been hoped. But that’s a long lag time. Imagine if every quarter we shared something about what had or hadn’t worked and what we’re learning. Even if a project were still in process, we could share its current status and our point of view. Think about the dramatically different information flow we’d have.

A smaller example: what if we let the grantees know that we intended to place every grant report online? How different would that be if these became a public resource? All kinds of potential could grow from that. People in any given field would become more knowledgeable about what’s going on in their area and what’s being supported. Program officers would no longer be the only ones with all this knowledge in their heads.

Institutional memory is a real issue for foundations. In our business, there’s no need to privatize our intellectual capital and save it just for ourselves to gain competitive advantage. We want people to steal our great ideas. It’s just about dropping old habits and developing new ways of incorporating transparency. This sort of sharing could happen across portfolios of related grants, allowing a public evaluation of how the work is going. Right now, when we commission reviews of our grantmaking, we tend to share it with a few people in the field.

These are all ideas that will take time. Systems to handle the information need to be developed, and potential pitfalls need to be explored. But I think these suggestions offer real potential for increasing the impact of philanthropy.

Speaking of sharing lessons learned, how do you view the grantmaking the Education Program made to try to reform K-12 public education in California?

I’m most proud of the grants we made for that work. Even though we didn’t reach the goal of reforming how money for education is allocated and managed, we made enormous progress that continues to play out. In a way, it’s a good example of what Foundation President Paul Brest meant in his recent essay “Beyond the Grant Dollars.” The work was so much more than making grants.

When we started, we visited education experts across California, who broadly agreed that the state’s system of financing education was a mess. But between the complexity of the problems and the various interests involved, they saw this situation as unsolvable. People warned us not to even try. It’s to the credit of former Education Program Director Mike Smith that we did. He said that trying to get to the root of the problem is just the sort of effort a foundation should undertake. The result was what you’d expect from making high-risk, very ambitious investments: we didn’t get over the finish line on the biggest item—school finance reform—but we got significant movement, and the effort continues to gain steam in Sacramento even today.

At the start, in 2005, the Hewlett Foundation commissioned a Rand Corporation study of K-12 education in California, which created a consensus that a problem existed. The system was very dysfunctional and going downhill. Commissioning the report was a real lesson in how foundations can set an agenda. The report was a wake-up call. Governor Arnold Schwarzenegger mentioned it in his State of the State address and created a governor’s commission on education to see how the system could be fixed. The Commission requested further research, which Hewlett provided funding to Stanford to undertake. Within three years, problems with K-12 went from being untouchable to the center of an announcement by the governor, on stage with the Speaker of the Assembly, that 2008 would be “The Year of Education Reform.” Unfortunately, the governor’s promise to tackle education finance reform in 2008 took a back seat as the state descended into a fiscal crisis. This happens a lot in the realm of public policy. You take two steps forward and one step back; it’s a normal process. You build political will, you feel there’s a window to act, and then there are intervening factors. In this case, we experienced the economic downturn and a massive state budget deficit.

The good news is that the Hewlett Foundation’s grantees continue to work on these problems. And the key leaders in the state are converging around the idea that the state needs more money in the education system. Education leaders are now moving toward a formula that puts students’ needs at the center of the funding allocation process.

Sometimes you get lucky, and you get something through in a couple of years, but you can’t expect that to be the norm. Sometimes major policy changes can take a decade or more.

We did succeed in a number of smaller policy reform efforts.  For example, the state has embarked upon a K-12 data system to track student progress. And the Foundation’s grantees and former grantees continue to work on different parts of that issue.

Are there any other things you’re particularly proud of in your tenure?

I really enjoyed the launch of the Education Program’s Deeper Learning strategy over the past two years. As you know, deeper learning refers to a group of skills that experts believe students need to master to succeed in this century. In addition to mastering core academic content, these skills are  applying critical thinking, working collaboratively, communicating effectively, and learning how to learn on one’s own. This strategy has connected the Foundation with some incredible pioneers around the country. My great privilege has been to work with them. We helped connect them with some of the Hewlett Foundation’s policy grantees so they can help inform the policy discussion rather than have that happen in a vacuum.

This has been one of my fundamental lessons learned as a grantmaker: if you want to achieve success more quickly, you need to look out to the field to identify the leadership and momentum there, and be willing to build on it, amplify it, and support it.