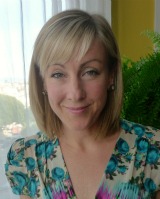 “Foundations” is an occasional series of informal question-and-answer sessions with employees and others affiliated with The William and Flora Hewlett Foundation to give them an opportunity to explain their work. Erin Rogers, an expert in climate and energy policy, serves as a program officer in the Foundation’s Environment Program. In this role, Ms. Rogers engages a broad base of increasingly influential voices in the policy debates on western conservation, energy, and climate issues. The portfolio of grants she administers includes, among others, Latino, environmental justice, green jobs, small business, and public health advocates. She received a master’s degree in public administration from Harvard University’s John F. Kennedy School of Government, with a focus on sustainable energy policy.

Why did the Hewlett Foundation originally create a portfolio of grants to build broader support for environmental policies?

Simply put, there was a need for groups not traditionally engaged in environmental policymaking, such as health, religious, business, and labor organizations, to lend their support to convince decision makers of the importance of protecting public health and the environment. In 2005, the Foundation’s Environment Program launched an initiative to expand and strengthen the range of organizations working for cleaner air in the Central Valley and Los Angeles, where the vast majority of residents breathe unhealthy air, causing widespread heart and lung illnesses. By bolstering existing environmental coalitions with new voices and increasing local community groups’ ability to participate, the Foundation helped improve the coalitions’ impact on air quality.

For example, a broad alliance of groups provided critical support for a hard-fought Clean Truck Program at the Port of Los Angeles. The program has achieved a whopping 80% reduction in diesel emissions from port trucks in the last three years, and other ports up and down both coasts are moving to copy it.

How does this work fit with the Foundation’s larger strategy for environmental grantmaking?

When the initiative was launched in 2005, it was conceived as largely independent of the Environment Program’s strategies to reduce global warming emissions and protect sensitive land in the Western United States. But with its successes in strengthening and broadening constituencies working for clean air in California, the Program is now expanding this approach in order to bolster the work of its more traditional grantees working on policy strategies across the United States and Mexico. Our hope is that by building broad support for adopting clean energy and transportation, putting the brakes on global warming, and protecting beautiful and sensitive land and water in western North America, we can substantially increase our chances of reaching these goals.

Starting this year, we plan to fund an array of organizations that share the Environment Program’s goals and carry influence with key decision makers—groups representing business, national security, health, religion, and people of color, among others.

Why is this kind of work necessary?

One of the Foundation’s top goals is to minimize the rise in the global temperature to avoid reaching a point at which the effects of climate change on people and the environment will be severe and irreversible. To avoid this, heat-trapping pollution that comes mainly from burning oil, gas, and coal must be substantially reduced in the next several years. This goal can be achieved by switching to cleaner fuels for our vehicles; using renewable electricity sources like the sun and wind; and making sure our appliances, homes, vehicles, and office buildings are more efficient. It sounds like common sense. But environmental advocates alone have not been able to make these big changes happen fast enough. In order to reduce emissions enough to avoid the worst effects of global warming, many different groups will have to work on transitioning the economies of the world’s largest polluters, like the United States, from fossil-based to largely fossil-free by midcentury.

Who are some of the individual grantees in the Building Broad Support portfolio, and what are they working on now?

In the United States, the Foundation is funding a diverse array of nonprofit organizations who agree that our society can benefit from cleaner energy sources. For example, we fund a campaign at the Truman National Security Project called Operation Free, which is a coalition of veterans and national security experts that highlights the national security threats posed by climate change and America’s reliance on oil. We support the National Religious Partnership for the Environment, a partnership of Evangelical, Catholic, Protestant, and Jewish leaders and congregations working to apply religious values to policymaking that impacts the environment. We fund the Fresno-Madera Medical Society, which helps doctors in California’s San Joaquin Valley translate their experiences with pollution-induced illness into policy change. We also support labor organizations, business groups, and organizations working in communities of color.

In addition, the Foundation funds a portfolio of Building Broad Support grantees in Mexico—for example, health experts, bicycle advocates, and groups helping children with asthma—who are working to reduce that country’s debilitating pollution from cars and trucks. This pollution causes terrible smog and also contributes to global warming.