MENLO PARK, Calif.—Fay Twersky, a leader on effective practice in the philanthropy sector, has been named vice president of the William and Flora Hewlett Foundation, the foundation announced today. 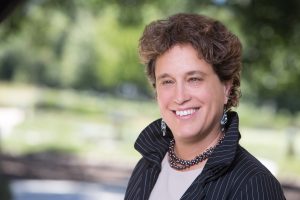 “The Hewlett Foundation sees philanthropy as a constant work in progress,” Kramer said, “and no one exemplifies that commitment to continuous improvement more or better than Fay. She is smart and wise, and I am thrilled that the foundation will continue to benefit from her experience and knowledge in this new role.”

“Hewlett has a long-standing commitment to building a culture of learning and effective philanthropy. I’m excited that this new role will enable me to help the foundation remain an adaptive organization that learns from others and shares best practices across all of its issue areas, from the environment to performing arts, so we can better serve the common good,” Twersky said.

One key effort that Twersky will lead in the coming year will focus on helping the foundation to more systematically seek out and use feedback from the people its grants are intended to benefit – to hear and learn from voices that are often overlooked by traditional grantmakers.

Twersky previously worked for Yad Hanadiv (The Rothschild Family Foundation) on issues of strategy and organization and served as director and member of the leadership team of the Bill and Melinda Gates Foundation, designing and developing the impact planning & improvement division. She also served as a strategic consultant to numerous philanthropic and nonprofit clients in her role as founding principal of the firm BTW Consultants. She is a frequent author and commentator on trends in philanthropy, nonprofit measurement, and foundation management. She serves on the boards of The Center for Effective Philanthropy and the UBS Optimus Foundation, and is the founding co-chair of the Fund for Shared Insight, a funder collaborative working to improve philanthropy by elevating the voices of those least heard.