The Hewlett Foundation’s Economy and Society Initiative supports a growing movement to replace neoliberalism with a new intellectual paradigm better suited to meeting the challenges of the 21st century. The initiative funds thinkers, academics, activists and leaders who are working to develop a new “common sense” about how the economy works and the aims it should serve. One of these leaders is Felicia Wong, who leads the Roosevelt Institute, a think tank that works to make American democracy and its economy more equitable. Her report from earlier this year, The Emerging Worldview: How New Progressivism Is Moving Beyond Neoliberalism, outlines the path forward for modern progressivism and describes what we should do to consign purely market-oriented politics to the past. We spoke to Felicia about how neoliberalism has failed, what comes next, and how we get there.

Your January 2020 report, The Emerging Worldview: How New Progressivism Is Moving Beyond Neoliberalism, describes how neoliberalism has caused or exacerbated some of the biggest challenges facing America today, like the growing wealth gap and systemic racism. How do you define neoliberalism, and what role do you think it plays in heightening power imbalances that often shape economic outcomes?

Neoliberalism is one of those endlessly debated terms—but it’s real, and it matters. I define it as two intertwined ideas. The first is about economics itself. Neoliberalism has at core a free-market ideology that says that if you let business do its thing, unimpeded, you will create growth, create shared prosperity—and thereby, enable human freedom. The second idea goes beyond economics narrowly defined. Neoliberalism is a way of thinking about all human activity as individual choice within a market framework. So, in the neoliberal worldview, education isn’t about learning or citizenship. It’s about investing in a college degree to get a return on that investment in the form of your future salary. Politics isn’t about persuasion or building alliances. It’s about aggregating voter choice.

Now, these formulations might sound reductive or just plain wrong. But the idea of free choice as core to “freedom” has proven to be pretty sticky. Plenty of people, from economists to religious leaders, have found it clarifying. And so, it has lasted as a hegemonic worldview, far beyond its actual utility. Neoliberalism came to power in the 1980s, promising growth, stability, and shared prosperity. But today we know that, even on its own terms, neoliberalism has failed. It has not delivered any of these things.

One of neoliberalism’s biggest blind spots is the idea of power. Neoliberalism is built on economics that have no way to account for or analyze cultural power, political power, or racial power. And so, when outcomes are driven by power relations – when racial discrimination in the labor market didn’t compete itself away, as neoliberals predicted, but instead worsened, as did the racial wealth gap, between 1980 and the present—neoliberal ideas fail as explanations, and thus as guiding tools.

The United States is confronting several interlocking crises: a public health crisis, an economic crisis, the climate crisis, and a long-overdue reckoning with racial injustice. What does this moment tell us about the nature of the challenges we face, and how does a focus on finding a successor to neoliberalism help us address them?

Neoliberalism was, at core, an entreaty against government. But all of the biggest problems we face today require government. Combating COVID will require coordinating difficult action across states and regions and disseminating a scarce vaccine to the people who need it most. Reducing global carbon emissions requires starting clean energy sectors at scale, and transitioning our economy off oil and gas. These are problems that the private sector alone cannot solve. The problems are too vast, and aren’t structured to incentivize sufficient private investment. Take racial injustice, for example. Addressing our nation’s economic disparities will require deliberate racial inclusion—everything from equitable hiring, to raising wages and increasing wealth for Black and Brown workers and families. We know that the market won’t do these things on its own. All those things will require government action.

Moreover, we must think about a range of muscular government action. It isn’t “big” government vs “small” government. Structuring markets well; directly providing basic needs, from health care to housing, where government does not; and investing in green innovation and green jobs at scale: these are all uses of government that we need today, and that neoliberalism refuses to contemplate.

How can organizations like the Roosevelt Institute capitalize on this moment of political transition to hasten the decline of neoliberalism and the ascent of a new way of thinking?

As my friend and colleague Sabeel Rahman says, it’s jump ball time for those of us pushing to move past neoliberalism’s failed anti-state ideology. What’s in the air, undecided, and what’s still at stake? Part of what we need to do is to persuade people that state action can be on their side, and that government isn’t some alien force in their lives. Many Black and Brown Americans are skeptical that either political party will work for them, although the majority continue to vote for Democrats. Many rural Americans, predominantly white, feel similarly left behind by national parties, and especially by Democrats. This is all at a time of transforming worldviews. So, the contours of a stronger state ideology are becoming clear—it’s definitely a paradigm shift for economics—but very few people have faith in the state itself. Which side of the court the jump ball ends up on depends on whether Black and Brown and white Americans all believe that government is theirs, and works for them.

For new thinking to come fully into being, it has to move out of the academy and policy elite circles and into the world. Organizers and activists need to trust it. Voters and regular people need to understand it as the new common sense. In our conversations with Hewlett and others, we at the Roosevelt Institute have talked for the last several years about the need for an intellectually coherent alternative. That is certainly necessary. But just as necessary is an alternative that makes public power and inclusion of all types central – but focuses less on coherence and more on basic trust. When the sentence “our government is democratic and trustworthy and helps shapes a healthy economy” becomes boring and accepted as just the way it is, that is when we will know post-neoliberalism has arrived.

The need for a “new intellectual paradigm” might strike some as overly dry or theoretical. Are there specific policy choices you think might be more available to us if we succeed? What big challenges might we be better prepared to take on?

One of the remarkable things about our political moment is that we can already see the edges of what might be possible beyond neoliberalism. Joe Biden has pledged to completely rebuild the caregiving sector by raising wages for care workers, disproportionately low-income women of color. He has promised to invest federal funds in clean infrastructure, from new energy grids, to green spaces, to clean water, that will generate millions of jobs (unionized, where workers have voices). In 2020, in the wake of the pandemic and joblessness, these sound like common sense ideas, but as part of the long arc of the last few decades, they are pretty remarkable. They put the public institutions in the role of helping to structure our economy and set its north star. They are, in fact, post-neoliberal.

The real goal isn’t to make a new paradigm. The real goal is to solve problems better, to make sure that more Americans have more power and less suffering. Those of us at the Roosevelt Institute, and many of our allies, believe that to do that, we must think differently about the kinds of policy actions that are possible once we are freed from the neoliberal straitjacket. 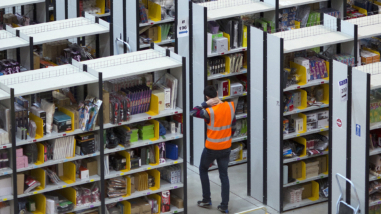