Mar 17, 2014
$450,000
for the Open Contracting Partnership project
The Open Contracting Partnership engages governments and nongovernmental groups to establish and implement new global standards for transparency and broad participation in public contracting. The new standards will require that governments and companies disclose more contracts, that the information in the contracts is easily accessible and presented in user-friendly formats, and that citizens have opportunities to monitor contract award and execution processes. In addition to encouraging others to create and adopt these new norms, with this grant the Partnership would support country-level application of the principles and would facilitate learning among countries to ensure greater effectiveness in the use of public resources.
All Grants to this Grantee
Nov 12, 2013
$200,000
for support of the ReThink Media project
A grant to Tides for the ReThink Media project would bolster ReThink’s ability to provide media consulting, training, and assistance to organizations working on U.S. nuclear policy. We recognize the critical importance of sophisticated media strategy in meaningfully reaching policymakers, reporters, and the public and ReThink’s expertise in national security policy makes it the only such organization working with grantees to develop such a strategy.
All Grants to this Grantee
Mar 20, 2013
$840,000
for the Open Government Partnership Support Unit
The Tides Center hosts the Support Unit of the Open Government Partnership, an international platform for galvanizing public attention and political momentum to advance open governance reforms. Through the Open Government Partnership, governments commit to promote transparency, empower citizens, fight corruption, and harness new technologies to strengthen governance. In its first year, the organization has grown to include over fifty-five countries. While additional countries will be encouraged to join the Open Government Partnership, the Support Unit will focus most of its attention on deepening engagement with participating governments, refining the quality of their action plans, brokering peer learning to advance implementation, and initiating the assessment and independent reporting processes.
All Grants to this Grantee 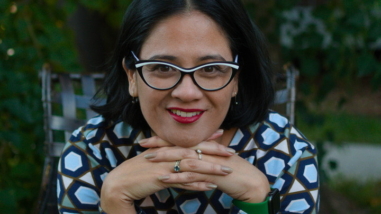