Mar 25, 2019
$50,000
for the Media, Arts, + Culture Program
All Grants to this Grantee
Oct 29, 2018
$240,000
for the Media, Arts, + Culture Program
Grounded in the values of youth leadership and social justice, RYSE Center provides programs and services for East Bay young adults, aged 13 to 21. The Media, Arts, + Culture program at RYSE provides after-school and evening workshops, fieldtrips, projects, performances, and internships in music and performing arts, video production, healing arts, and visual arts. The Media, Arts, + Culture program’s suite of activities engages more than 500 youth in approximately 60 projects and 40 events each year, reaches more than 2,000 audience members annually, and is deeply integrated into RYSE’s model to promote personal healing, social justice, and community transformation.
All Grants to this Grantee
Oct 24, 2017
$250,000
for the RYSE Commons capital project
RYSE Center is a youth development organization that promotes social justice and community transformation by working with young adults ages 13 to 21. It reaches more than 650 people at its drop-in center in Richmond, and more than 2,000 individuals through its off-site programs. The majority of its youth is engaged in the organization’s Media, Arts, and Culture programs, and often report that the arts offerings are what drew them to RYSE. This grant will support the development of RYSE Commons, which will expand and develop its campus to serve as a permanent home for RYSE Center, as well as other youth-centered organizations.
All Grants to this Grantee 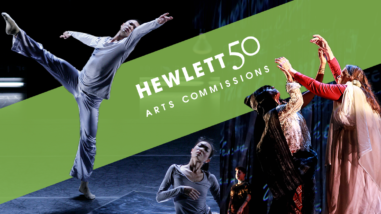