Jun 4, 2019
$50,000
for the Equity, Inclusion, and Diversity capacity building project
All Grants to this Grantee
Oct 18, 2016
$300,000
for general operating support
Independent Television Service (ITVS) funds, presents, and promotes award-winning documentaries and dramas on public television and cable, innovative new media projects on the web, and the Emmy Award-winning weekly series Independent Lens. Films supported by ITVS tackle complex issues and express points of view seldom explored in the mass media, enriching the cultural landscape with the voices and visions of underrepresented communities, reflecting the interests and concerns of a diverse society. A grant to ITVS will support its operational capacities, strengthen its recruitment ability, and increase the number of filmmakers of color and women through its Diversity Development Fund.
All Grants to this Grantee
Mar 30, 2009
$2,000,000
for the International Media Development Fund
All Grants to this Grantee 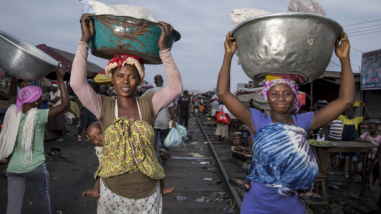