Nov 2, 2020
$650,000
for support of the Economic Security Project’s Anti-Monopoly Fund
Americans are beginning to feel the painful consequences of a historic level of market concentration, spurring public backlash, legal and economic innovation, and grassroots mobilization against monopolies. The Economic Security Project, a fiscally sponsored project of Hopewell Fund, is pursuing a two-year Anti-Monopoly Fund to build a sustained, cross-sector anti-monopoly effort to rein in the power of corporations over the democracy and economy of the United States. With other funders and leaders, the fund will build a robust ecosystem of anti-monopoly actors; catalyze legal and economic research, power-building campaigns, and powerful storytelling; and elevate both established organizations and new leadership alike. This renewal grant will serve the broad aims of the fund, including new work exploring the consequences of economic concentration on Black and Latinx communities.
All Grants to this Grantee
Jul 13, 2020
$2,500,000
for support of the Resources for Abortion Delivery’s project
This grant will provide funding for Resources for Abortion Delivery (RAD) to support independent abortion providers through technical, legal, and financial assistance. (Strategy: U.S. Reproductive Health and Rights.)
All Grants to this Grantee
May 6, 2020
$90,000
for a convening on a post-neoliberal economy hosted by Economic Security Project
All Grants to this Grantee 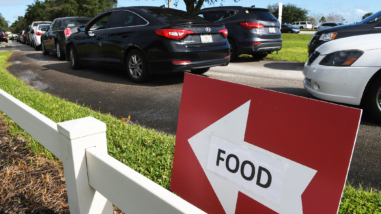