It is graduation season: caps and gowns, relieved students, and happy parents across the country.

I graduated from Troy High School in Fullerton, California many years ago—more, in fact, than I care to either count or reveal, but suffice it to say that when I donned my cap and gown, Tony Orlando and Dawn had the number one song in the country, the Berlin Wall was still intact, the closest thing anyone had to a personal computer was a calculator, and people still thumbed through gargantuan white and yellow tomes to find phone numbers.

My son Lucas graduated from high school only six years ago, just as the Great Recession was ratcheting up, and, while much has changed in the span of days that separates my son’s graduation from my own, one thing that remains remarkably constant is the classroom experience in most of our nation’s high schools.

Why is that a problem?

Here’s why: while my son, like me, was lucky to finish college and land a job in his field straightaway—whew!—he and his classmates are unlikely to have a career path that is remotely similar to mine or that of my peers. After graduate school, I worked for nearly three decades for essentially the same employer—that curious industry known as the federal government—both at the White House and in Congress, before leaving to head the Hewlett Foundation’s Education Program.

According to a 2012 study by the Associated Press, however, 53 percent of today’s college graduates are unemployed or underemployed, the highest in more than a decade. Students born today will also probably have between ten and fourteen jobs before their thirty-eighth birthday. Further complicating things for this generation, according to the Department of Labor, is that most of the jobs that Lucas and his friends will likely apply for in the future—the good ones anyway—haven’t even been invented yet.

Coupled with automation and outsourcing, these trends have redrawn the map of the American labor market, requiring today’s high schools to reinvent the employees, employers, and citizens of tomorrow. To keep pace with the seismic environmental and social changes that are recalibrating America’s future, our children will need a different set of skills than we acquired in high school.

When I graduated from high school, it was possible to get a job that would last a lifetime, as long as you possessed a strong work ethic and a basic procedural understanding of the world. Lucas’ generation will almost certainly have to go a step further, and convince prospective employers that they can solve unforeseen problems, which don’t appear on any standardized test or surface in a job interview. They will have to demonstrate a certain nimbleness of mind—and possess an educational portfolio that indicates a certain kind of depth.

To help address the needs of today’s graduates, the Hewlett Foundation’s Education Program has invested, since March 2010, in an emergent initiative known as Deeper Learning, which we believe best equips high school graduates with the tools—or in educators’ lingua franca, “competencies”—they need to navigate the twenty-first century’s shifting and uncertain terrain.

So, what is “deeper learning”? First, perhaps, I should note what deeper learning is not: it does not represent an abandonment of the basic principle that high school graduates should master core academic content such as reading, writing, and math. Indeed, deeper learning is a bit like baking a cake, with core content as a key ingredient, but the final product relies on a mix of desired educational outcomes that emphasize the ability to think critically and solve complex problems; communicate effectively; and collaborate, learn how to learn, and value learning (or what we in education call an “academic mindset”). These higher-order thinking skills and learning dispositions enhance mastery of content and allow students to apply their knowledge to new situations.

Until recently, the tools and evidence base available to reformers in this arena were limited. But a new book, written by a Bay Area educational consultant, Monica Martinez, and a research study released this month by one of our grantees, the American Institutes for Research (AIR), provide us with the strongest evidence yet of deeper learning’s promise.

In the book, published by New Press, titled Deeper Learning: How Eight Innovative Public Schools Are Transforming Education in the Twenty-first Century, Martinez and her co-author, sociologist Dennis McGrath, were impressed with student achievement, both in the classroom and in their communities, when they were “freed from traditional educational systems that expected and relied on their passivity.”

By eschewing a one-size-fits-all curriculum, teachers in the eight deeper learning schools studied were able to tailor the educational experience to their students’ unique needs and ambitions, and identify “the spark—a subject, idea or project that makes a student light up.”

That classroom success is beginning to materialize in ways that we can measure. In the recent AIR study, researchers found statistically significant increases—standard deviations of between 0.19 and 0.50—in all eight indices they established to measure opportunities for learning outcomes, including “communication, complex problem solving, creative thinking, and real world connections.”

These differences seem admittedly modest, but research of educational interventions typically show no change at all, so I hope you share the enthusiasm we felt at the Foundation to learn that our hopes for deeper learning are much more than mere wishful thinking.

They’re on to something here.

So, with another graduation season upon us, we should think hard about what our kids can actually do with their degrees. If they receive only a traditional education, do well on multiple-choice tests like the ones I took, and do not go on to postsecondary education, they will likely move very quickly from celebrating commencement to struggling to find a job and keep it. If, however, they can demonstrate that they can solve unstructured, complex problems using new information—made possible because they have mastered deeper learning competencies—they are much more likely to be successful in college, land that first job, and fashion a rewarding—and remunerative—career as an adult.

Changing education to deliver deeper learning won’t be easy for teachers, administrators, or policymakers. But deeper learning gives us a sense of where the finish line is, and while getting there will require a concerted effort from everyone—policymakers, teachers, parents, and schoolchildren—perhaps we should be mindful, now, more than ever, that America didn’t become America by failing to rise to a challenge. 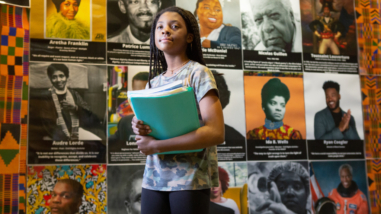 Education
Our approach to systemic racism in Open Education 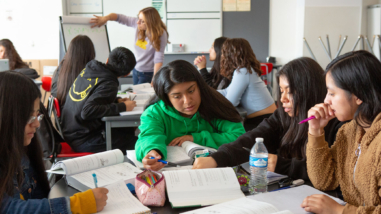