About the Hewlett 50 Arts Commissions

Launched in 2017 in celebration of the Hewlett Foundation’s fiftieth anniversary, the Hewlett 50 Arts Commissions is a five- year, $8 million commissioning initiative that is the largest of its kind in the United States. The initiative supports the creation of 50 exceptional works of performing arts and their premiere in the Bay Area through grants of $150,000 to Bay Area nonprofit organizations. Nonprofit organizations receive funding to achieve their creative vision in partnership with the commissioned artists, who may be based anywhere in the world.

The ultimate beneficiaries of the new program are local audiences, who are among the first to see important new works in the performing arts premiered in their communities.

The Hewlett 50 Arts Commissions align with our longstanding commitment to providing Bay Area audiences with access to world class performing arts, and it is our hope that the works created will go on to inspire, engage and challenge audiences across the country and around the world in years to come.

Ten commissions are being awarded annually in each of five performing arts disciplines from 2017–2022. The recipients of the first three rounds of awards, in music composition,  theater, musical theater, and spoken word, and dance and movement-based performance, have been announced.

The application period for the 2021 round of the awards, in folk and traditional arts, has now ended. This year’s awards are being administered by the Alliance for California Traditional Arts (ACTA).

Eligible 501(c)(3) public charities must be based in one of the 11 Bay Area counties (Alameda, Contra Costa, Marin, Monterey, Napa, San Francisco, San Mateo, Santa Clara, Santa Cruz, Solano, or Sonoma). Applicants do not need to be arts-focused organizations, and we encourage organizations working on diverse issues to consider submitting an application. We also encourage organizations that serve disadvantaged or historically marginalized communities to apply. Successful proposals will represent an authentic collaboration between organization and artists. Lead artists will receive a minimum of $50,000 from the Hewlett Foundation award as their commissioning fee.

Applying for a grant

501(c)(3) public charities based in the San Francisco Bay Area submit an application identifying the artist they propose commissioning and describing the proposed project. The most competitive applicants will be identified by an anonymous panel of outside experts, and Hewlett Foundation staff will make the final decision about the recipients of the awards.

Potential applicants may review the guidelines for the most recent round of awards and the growing list of frequently asked questions about the commissioning program.

Applications for the current round of the Hewlett 50 Arts Commissions, supporting Folk and Traditional Arts, are now closed. Applicants will be notified of their status this summer, and awards announced later this year. 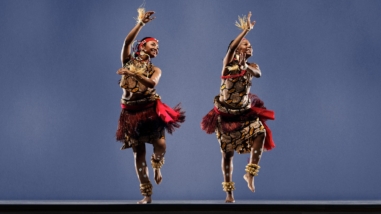 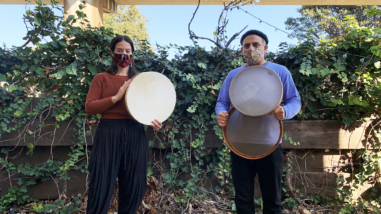