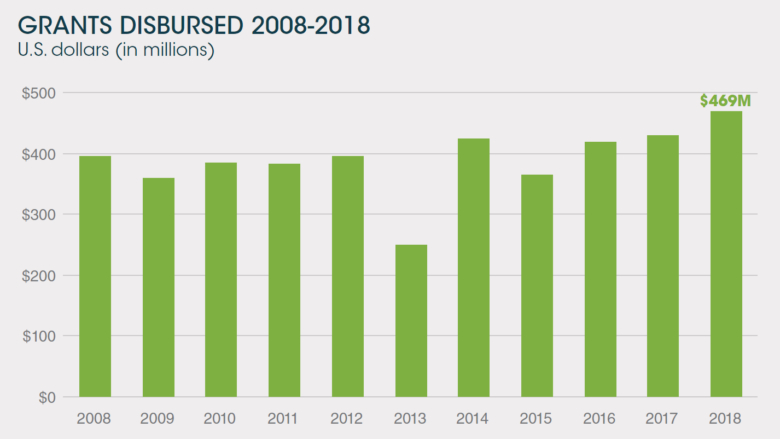 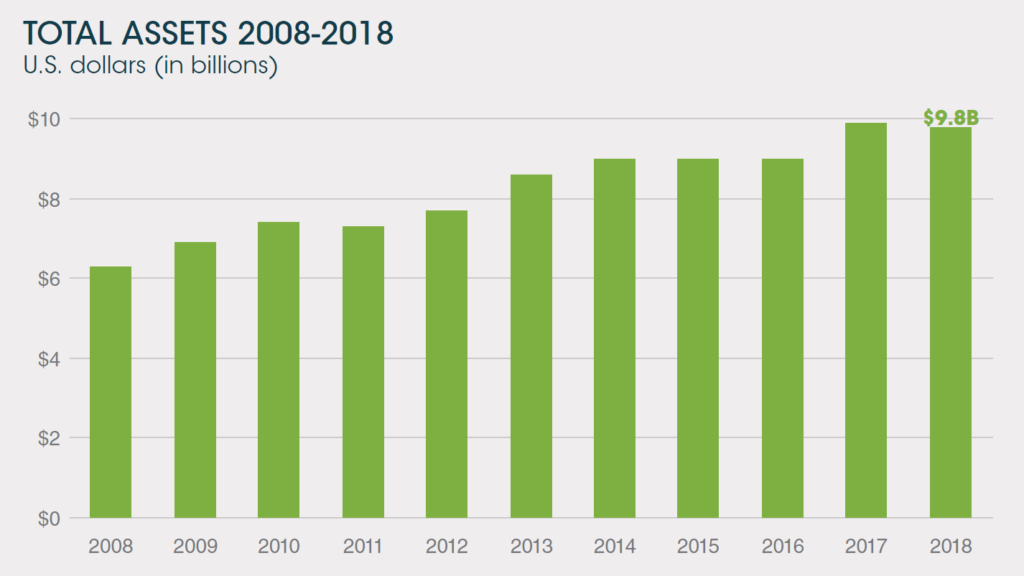 The Hewlett Foundation provides a range of information about its financial position.

Our Form 990-PF contains additional financial information about the Hewlett Foundation, including its assets, investments and expenses. Private foundations are required to file this form each year with the Internal Revenue Service.

In assessing whether a foundation or the organizations it supports are effective, however, the Form 990 isn’t the whole story. To that end, the Hewlett Foundation makes independently conducted evaluations of its grantmaking publicly available whenever possible. (See individual program pages for more.)

Our website serves as a living annual report, providing up-to-date information about our programs and our finances.  In the past, the foundation has used printed annual reports and online annual reports to provide similar information. See archive of past reports.

The Hewlett Foundation invests its endowment among a variety of different types of assets, and also follows a social investment policy. 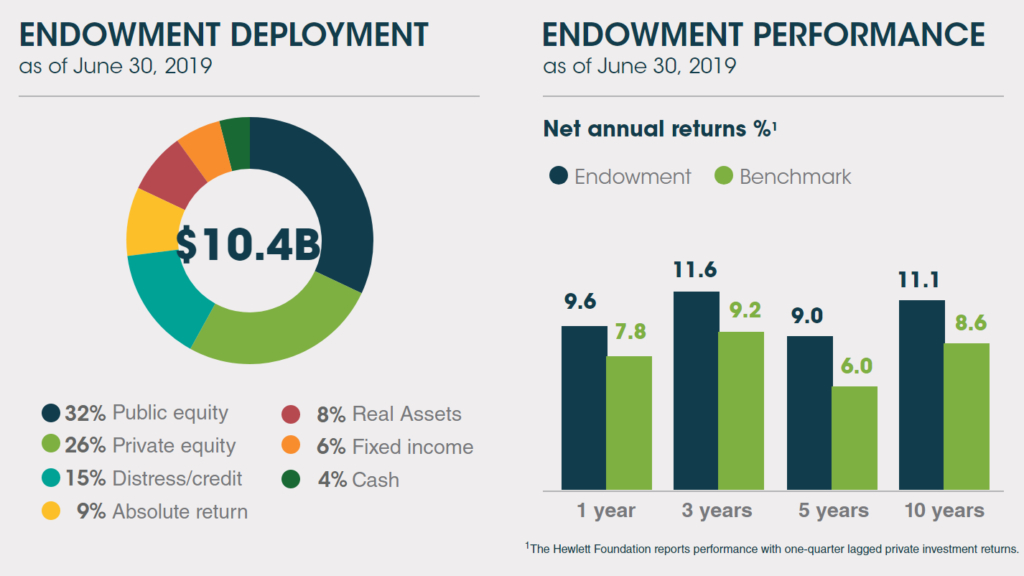 Note: Incentive compensation is a commonly used way to provide a financial incentive based on performance to retain key staff with unique skills or abilities whose contribution is critical to achieving the goals of an organization.